Let's start from afar: in 2018, an act of vandalism occurred in the Tretyakov Gallery against the world-famous painting by Ilya Repin "Ivan the Terrible and his son Ivan on November 16, 1581".

The vandal, positioning himself as a believing Orthodox Christian, decided that he could put an end to the dispute of all kinds of critics regarding the veracity of the plot of the painting written by Repin. But he decided to put this point radically: he grabbed the fence post of the painting and hit the canvas. The painting was under glass and was damaged by a split glass. But the most important thing is that the museum's caretaker, Vera Alexandrovna Zdorenko, who attacked the vandal with the fearlessness characteristic of .... watchmakers of the Polet factory, did not allow him to continue "beating the painting"!

Yes, yes! There is no mistake! Vera Aleksandrovna Zdorenko has worked at our factory for 30 years and 3 years. And he has been working as a caretaker at the museum for 17 years. At our company, Vera Alexandrovna went from a student to a watch collector. In the last years of her work at the factory, she collected Amphibian watches - perhaps someone has this watch on their hand now. 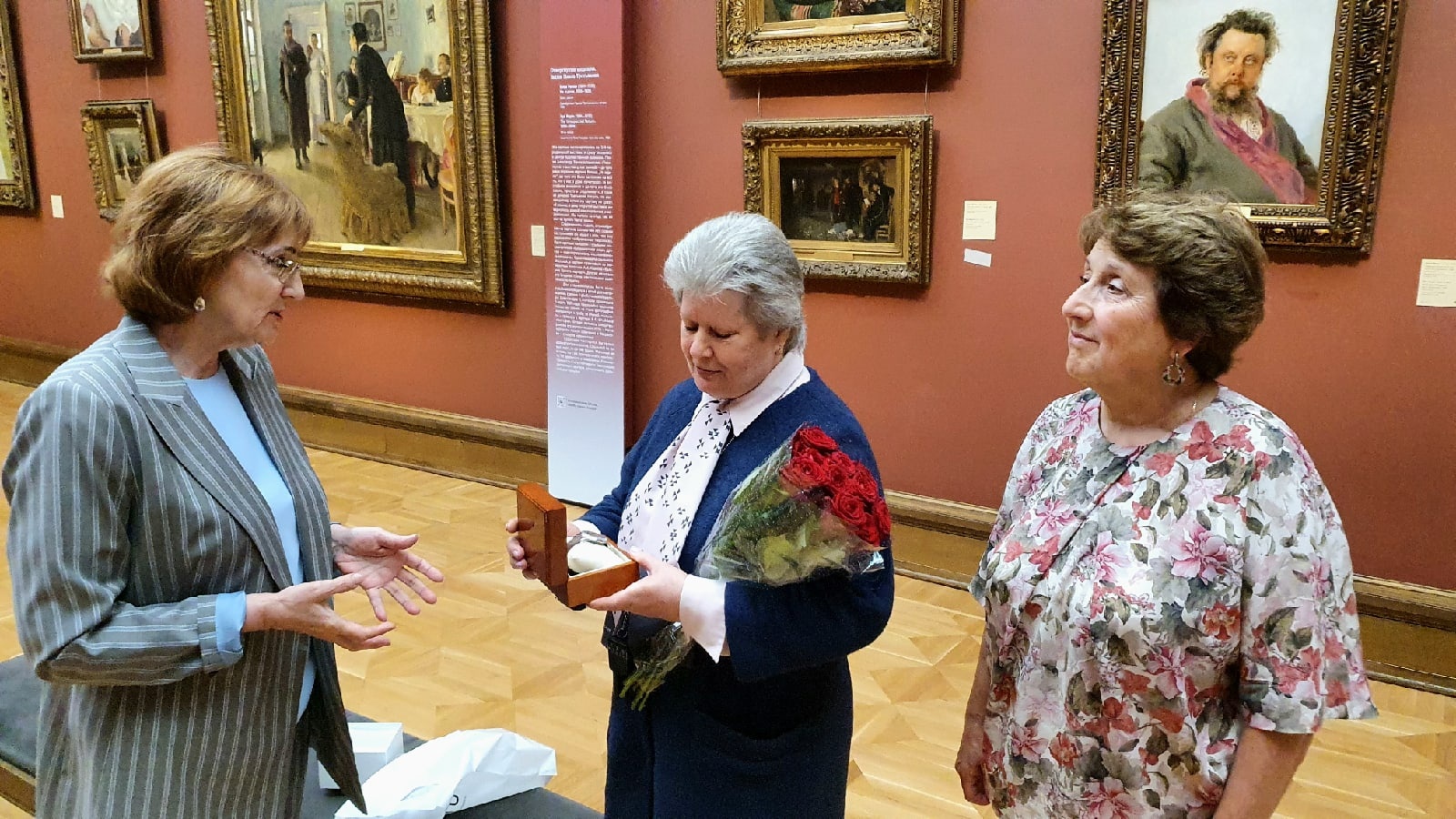 After learning about this story, we could not help but mark our colleague with a memorable gift. It was decided to print a fragment of the affected painting on the clock face. 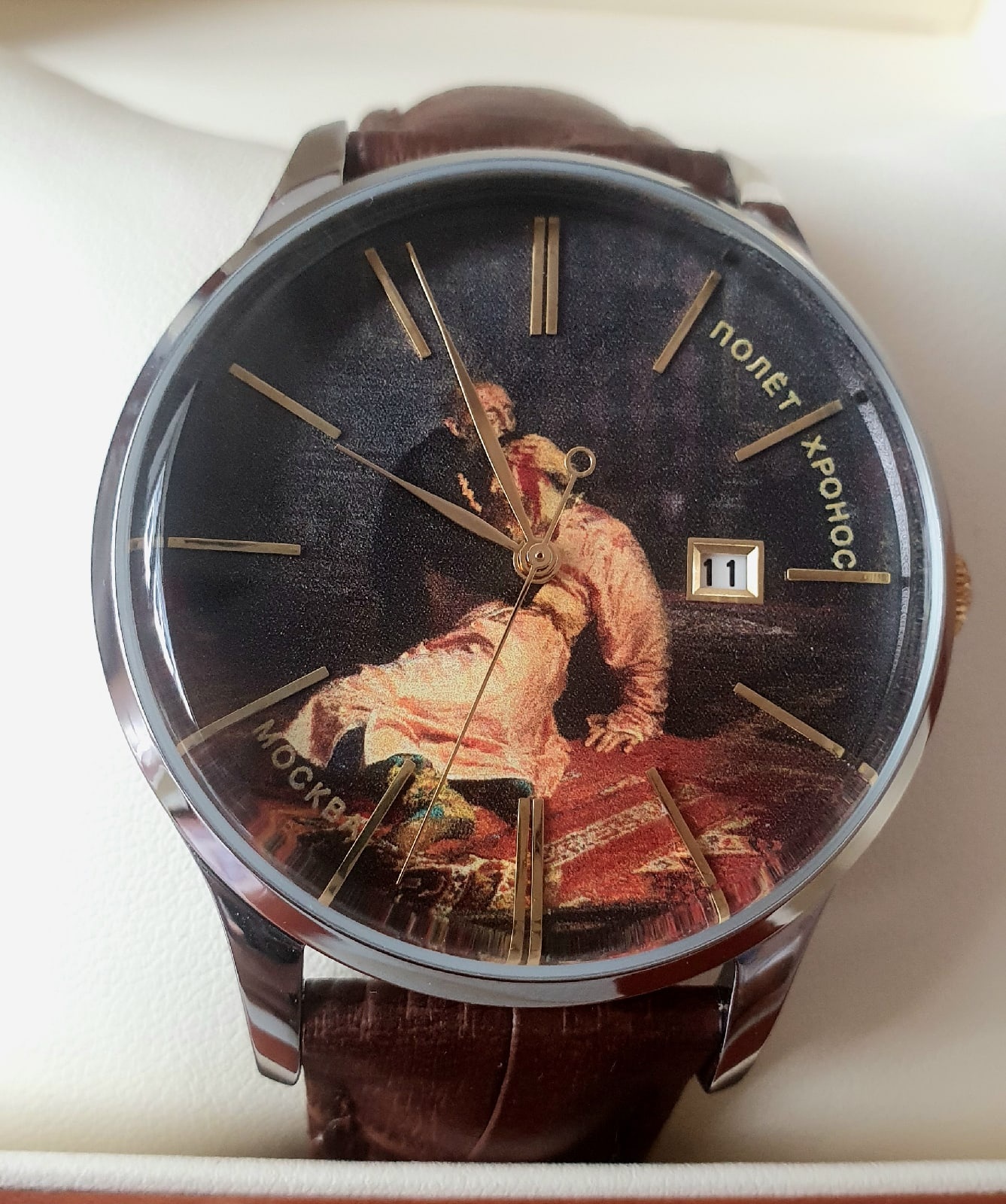 Thanks to the employees The State Tretyakov Gallery, especially the main curator of the museum Tatyana Semenovna Gorodkova, we were able to hand over the watch to Vera Alexandrovna not in the rush of daily excursions, but in the intervals between dusting on a closed day. We noted that the museum microclimate is not only a pleasant coolness with optimal air humidity (what is good for the canvases is fine for us!), but also extremely sincere, responsive and very professional staff, with whom it is a real pleasure to communicate!

* The painting was restored. We hope that they will start exhibiting soon. Everyone - to the museum!

Small series workshop based on the Poljot Watch Factory
in the 1940s.